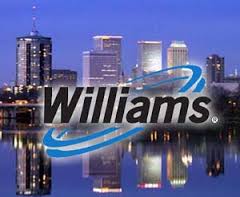 The energy company confirmed it will relocate a majority of the 400 jobs to the Tulsa headquarters or other Williams locations, according to a company press release.

“We also expect this consolidation process to result in the elimination of some of the Oklahoma City-based positions,” said the company in the press release. “If an Oklahoma City role is ultimately eliminated, an impacted employee would receive a comprehensive severance package.”

Williams referenced its September 7, 2016 news release that announced the Central Operating Area assets and operations would be combined into the West Operating Area by early 2017. As part of the company’s cost and management efficiency plan, Williams is reducing its number of operating areas from five to three.

“We are proud to have Williams headquartered in northeastern Oklahoma, and we know the company will make every effort to ease this consolidation process for its personnel,” said Mike Neal, president of the Tulsa Regional Chamber of Commerce. “We stand ready to offer relocation or other assistance as needed.”