Gasoline Prices Remain Under $2 a gallon in Oklahoma

Water Act to Include State Regulation of Coal Ash 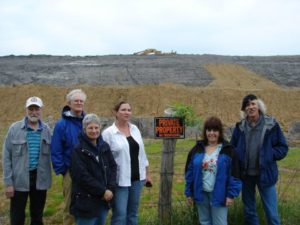 The U.S. Senate and House have reached a bipartisan deal to allow states to regulate coal ash disposal as part of the final Water Infrastructure Improvements for the Nation Act.

Sen. Jim Inhofe, as chairman of the Senate Environment and Public Works Committee praised the deal as did others.

“We’re pleased that the final WIIN package builds off the Senate-passed provision and provides the authority that states have been seeking to regulate coal ash through authorized state permit programs,” said the Senator. “This new permitting authority fixes the main problems with the recent coal ash regulation issued by the Environmental Protection Agency, by removing citizen suits as the sole means of enforcement and allowing states to tailor permit requirements on a case-by-case basis.”

It was in late 2014 when the EPA issued a final rule to regulate the management and disposal of coal combustion residuals from utilities as a nonhazardous waste under the Resource Conservation and Recovery Act. But because the Act had limited authority, the requirements were only enforceable by citizen suits and not through state or federal permit programs.

Oklahoma’s biggest coal ash site is in southeast Oklahoma near the community of Bokoshe.