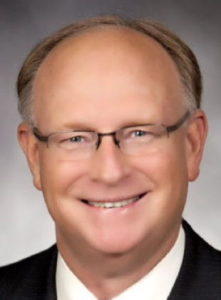 Richard E. “Rick” Muncrief was unanimously elected to WPX Energy’s board of directors as it next chairman effective January 1, 2017, according to a recent press release. Muncrief has served as WPX’s president and chief executive officer since May of 2014.

During his tenure with the Tulsa-based company, Muncrief has led a comprehensive transformation at WPX including more than $5 billion in acquisitions and divestitures along with the company’s entry in the Permian’s Delaware Basin.

Muncrief succeeds William G. Lowrie, who will become the board’s lead independent director. Lowrie has been WPX’s chairman since its spinoff five years ago.

Muncrief has more than 36 years in the energy industry including leadership positions at Continental Resources, ConocoPhillips, Burlington Resources and their predecessor companies. In addition to WPX, he serves on the board of the American Petroleum Institute and the American Exploration & Production Council. Muncrief provided testimony before the U.S. Senate during the battle to lift the crude oil export ban in 2015.