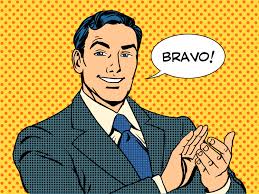 As for environmentalists—-that’s another story.

“For the past eight years, we’ve seen executive overreach put increased unnecessary and burdensome place to the detriment of not just Oklahoma’s oil and natural gas industry, but industries across the state.  As Attorney General Scott Pruitt has been a consistent challenger to overreaching EPA regulations and his appointment will change the course of how the EPA is utilized by the White House administration,” said Jeffrey McDougall, chairman of the Oklahoma Independent Petroleum Association and also president and principal owner of JMA Energy Company. “I look forward to a brighter future for all Americans under the Trump administration.”

The nomination had much the same response at the Oklahoma Oil and Gas Association where Chad Warmington, president issued a statement.

“As Oklahoma’s Attorney General, Scott Pruitt has proven that he is a legal expert, which is exactly what our nation needs at the helm of the Environmental Protection Agency,” said Warmington. “We are excited about having an Oklahoman in a prominent role of a Trump administration and we welcome a more measured regulatory approach at the EPA that will give a voice to all.”

The Sierra Club had a much different response.

“This is like putting an arsonist in charge of fighting fires,” said Michael Brune, Executive Director in a Wednesday afternoon statement. “Our environment, our children’s health and the future of our natural world are on the line.”

He called it a disaster.

“Scott Pruitt will undoubtedly fulfill Trump’s promise to reduce the EPA to tidbits.”

Even the League of Conservation Voters led by Gene Karpinski was angered.

“Scott Pruitt running the EPA is like the fox guarding the henhouse,” he said. “Time and again he has fought to pad the profits of Big Polluters at the expense of public health.”