Texas is Getting Another Wind Farm 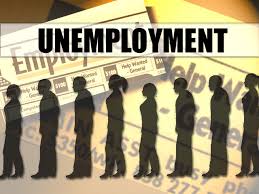 Oklahoma’s jobless rate fell slightly in November, reaching 5.1 percent but it remains a full one percent higher than one year ago according to figures released by the Oklahoma Employment Security Commission.

The one-tenth of a percent drop translated into trimming the number of unemployed by 2,000 over the month to an estimated 93,055. But economist Lynn Gray with the OESC is intrigued by the growth of those who have been out of work for 52 weeks or longer.

“In 2015, there were 8,900 individuals who had been unemployed for 52 plus weeks,” said Gray in an interview with OK Energy Today. “For the most recent 12-month period, the number of long-term unemployed was up nearly 80 percent to 16,000.”

That represents more than 17 percent of the unemployed. Still, Gray remains optimistic about the future of the state’s employment situation, especially with the downturn in oil and gas over the past two years.

Oil and Gas, listed in the Mining and Logging sector lost 100 jobs for the month.

“The annual pace of job loss in this sector has tapered off considerably in recent months,” explained Gray. “Back at the beginning of 2016 we were seeing annual rates of decline of more than 22 percent and it is now 11.5 percent and falling.”