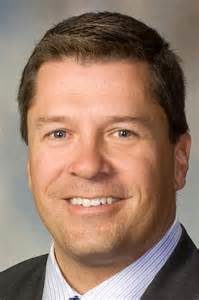 One oil and gas group in Oklahoma said its member companies are ready to immediately implement the new earthquake rules announced Tuesday by the Oklahoma Corporation Commission.

The rules were prompted by concerns that hydraulic fracturing operations in the highly popular STACK and SCOOP oil plays in the state would trigger an increase in earthquakes.

“The Commission’s announcement is another example of states being in the best position to move quickly and effectively to properly regulate oil and natural gas activities using transparent data and sound science,” said Chad Warmington, President of the Oklahoma Oil and Gas Association. “The new guidelines to manage and mitigate anomalous seismic events will help to protect and maximize the development of Oklahoma’s abundant natural resources for years to come.”

He said the new OCC rules will compliment what his organization’s members are doing in identifying geologic risk factors and monitoring their operations.

“Seismic activity in Oklahoma is down more than 20 percent since last year, thanks to measures taken by the state in collaboration with the Oklahoma oil and natural gas industry and the scientific community,” added Warmington. “We remain committed to being an active partner and working together to understand and further reduce the number of seismic events in Oklahoma.”