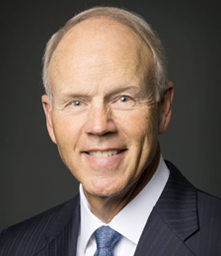 Former U.S. Senator Don Nickles of Oklahoma said Monday that he thinks Attorney General Scott Pruitt will do a “great job” as chief administrator of the U.S. Environmental Protection Agency, according to a published report in the Tulsa World.

Nickles also predicted Pruitt’s confirmation will not be an “easy process,” according to the report.

“Talk about a change from the existing administrator,” said Nickles. “I have every confidence that Scott will do an outstanding job. I think he will be confirmed.”

The Sierra Club and environmentalists strongly oppose President-elect Donald Trump’s nomination of Pruitt to lead the EPA. Pruitt, a staunch conservative, has made a name for himself by challenging the federal agency’s regulations on water pollution and carbon emissions. Pruitt is closely aligned with energy producers and considered an ally of fossil fuel advocates.

Nickles, a Ponca City native, gave his comments while addressing a crowd gathered during a recent Tulsa Regional Chamber luncheon.

In 2005, the Republican statesman founded The Nickles Group, a consulting firm based in Washington, D.C., after serving in the U.S. Senate for 24 years.