Crude Oil Prices Jump Above $50 a Barrel on Monday 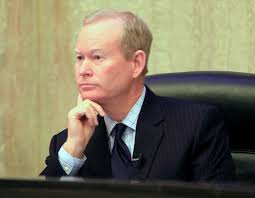 One of the issues stressed by Donald Trump in his campaign to become President was doing something about the nation’s highways and its infrastructure. And that’s just what Oklahoma City Mayor Mick Cornett is hoping to discuss with the President-elect before he takes his oath of office in January.

Cornett is President of the U.S. Conference of Mayors and is awaiting meeting with Trump, one he requested after Trump’s election in November.

Cornett was in Washington, D.C. on Monday.

“We think the nation’s infrastructure is in bad need of repair there is deferred maintenance n our city streets and our nation’s highways and bridges and certainly inside our water systems and our airports,” said Mayor Cornett. He thinks the nation could learn from Oklahoma as he pointed to the Oklahoma Turnpike Authority as an example of a way to pay for new highways..