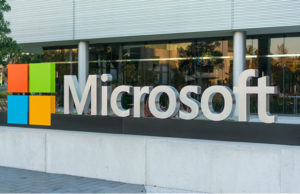 Microsoft announced this week it is committing to buy 237 megawatts of alternative energy to supply its Cheyenne, Wyoming data center. At least 178 megawatts are being purchased from the Bloom Wind farm under construction near Dodge City, Kansas.

Capital Power will operate Bloom Wind and has contracted all of the output to a subsidiary of Allianz, a large European insurer under a 10-year financial swap contract and in turn, Allianz is selling the power to Microsoft for 10 years.

Construction of the Dodge City wind farm is underway and 54 towers are spread over 15,000 acres of privately-owned land about 20 miles south of Dodge City in Ford and Clark Counties. Developers say it should be operational in the third quarter of next year.

The purchase of 237 megawatts brings Microsoft’s U.S.-based wind power total to more than 500 megawatts. The second deal is with Black Hills Energy to buy 59 megawatts of energy from two wind projects near the Cheyenne, Wyoming datacenter site.

The combined output of the sites should produce enough energy every year to supply the Cheyenne facility with all the energy it needs.

“Microsoft is committed to building a responsible cloud, and these agreements represent progress toward our goal of improving the energy mix at our datacenters,” said Brad Smith, Microsoft president and chief legal officer in a statement. “Our commitment extends beyond greening our own operations because these projects help create a greener, more reliable grid in the communities in which we operate.”