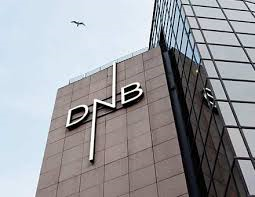 The bank loaned ETP $342.36 million or about 10 percent of the total $3.8 billion cost of the pipeline that is being built from North Dakota through South Dakota and Iowa and into Illinois.

“DNB is concerned about how the situation surrounding the oil pipeline in North Dakota has developed,” stated the bank. “The bank will therefore use its position as lender to the project to encourage a more constructive process to find solutions to the conflict that has arise. If these initiatives do not provide DNB with the necessary comfort, DNB will evaluated its further participation in the financing of the project.”

“Our policy is clear that we only finance projects that meet DNB’s requirements with respect to environmental and social conditions,” said Harald Serck-Hanssen, group executive vice president and head of Large Corporates and International for DNB. “We have intensive the dialogue with our customers and emphasized that respect for the indigenous people’s rights is an important value for us as a bank. We also urge that the dialogue be continued with the indigenous people to find solutions to he conflict.”

Nearly 70 percent of the 1,172-mile project was finished as of last month when federal authorities ordered a shutdown on construction in North Dakota following protests by the Standing Rock Sioux Indian tribe.