Samson Gets Green Light to Sell Assets in its Bankruptcy 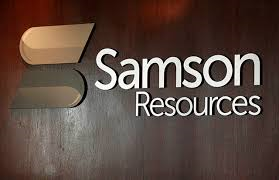 A judge has signed off on allowing Tulsa-based Samson Resources to sell some of its assets to raise about $660 million as it works its way through Chapter 11 bankruptcy in Delaware.

Judge Christopher Sontchi with the U.S. Bankruptcy Court for the District of Delaware made the approval this week, according to the Tulsa World. The six assets are located in Oklahoma, North Dakota, New Mexico and Texas.