Rig Counts Grew in U.S. and Oklahoma in the past Week. 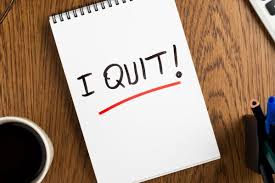 A shocker for the Oklahoma Independent Petroleum Association where Oklahoma City-based Devon Energy has dropped its membership claiming the group does not apparently do enough for those who make large capital investments in the state.

“This decision arose from our serious concerns with OIPA’s ability to be an effective advocate for the significant capital investments Devon is making in Oklahoma,” wrote Tony D. Vaughn in a letter to the Association. “The current governance structure at OIPA does not equitably distribute board memberships based on any operational or membership criteria, so the voice of active operators is diluted in any decision making process.”

He continued that the inequity in the organization’s structure has led to  what the company considers to be “adverse public policy positions from OIPA.”

“We look forward to a time in which the OIPA is more aligned with active development in Oklahoma,” added Vaughn as he submitted his resignation as President of the Association’s Wildcatters Club and on the OIPA Board of Directors.

Former OIPA President Mike Cantrell responded in a post on the McCarville Report defending the group and the 5,000 operators it represents.

“Representing all of them at once is cumbersome at times,” wrote Cantrell. “By far my own preference would be for all Independent producers to stay in the same association and continue to work for solutions in the best interest of the entire industry.”