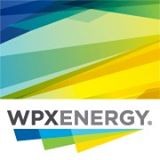 Tulsa-based WPX Energy filed a federal lawsuit Tuesday against an unknown individual for trademark infringement and related fraud, according to a report in The Tulsa World.

The suit was filed in the U.S. District Court for the Northern District of Oklahoma against John Doe, an unknown defendant. The lawsuit alleges that the scammer intentionally violated WPX Energy’s registered trademarks and other intellectual property by creating a deceptive domain name that imitates the WPX domain name, according to the report. The suit contends that John Doe is committing fraud by using the petroleum and natural gas exploration company’s corporate data to place fake orders and establish purchasing accounts with vendors.

The lawsuit further alleges that the offending domain name was created on July 27 via co-defendant, Domains By Proxy LLC, which is an internet company owned by GoDaddy.com founder Bob Parsons. The fake domain name is comparable to WPX Energy’s protected trademarks. The scammer also created bogus email addresses using the names of key employees at WPX Energy including Rich Muncrief, President and CEO.

The lawsuit revealed that the scammer was placing fraudulent orders with vendors on behalf of WPX Energy with direct billing to the company while shipping the goods and equipment to a third-party address.

WPX Energy sought a temporary restraining order and preliminary injunction on Friday against Domains By Proxy and GoDaddy.com since the internet companies refused to provide the identity of the scammer. Judge John Dowdell is expected to render a decision on the outstanding motion on Monday.

Sanford Coats, legal counsel for WPX Energy, issued subpoenas to both internet companies on Friday in order to ascertain the name of the scammer.