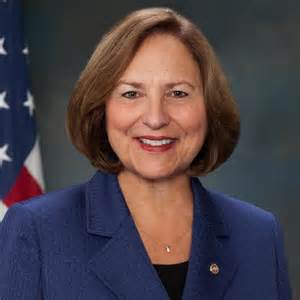 “This is another example of why the American people don’t trust the federal government.”   Sen. Deb Fischer (R-Neb)

Nebraska Sen. Deb Fisher delivered a scathing attack Wednesday on the Occupational Safety and Health Administration for violating federal laws when it issued new standards for anhydrous ammonia storage in 2015.

In remarks on the Senate floor, she responded to a re cent ruling by the U.S. Court of Appeals for the D.C. circuit which ruled in favor of production agriculture. The court found that OSHA had not followed federal law by not holding public hearings.

“OSHA didn’t follow the rules. Did not listen and didn’t try to listen,” said the Republican Senator. “I remain appalled at what they did.”

She said the court ruling set an important precedent for other harmful regulations.

“It is another example why American people don’t trust the federal government. Honestly, I don’t blame them,” said the Senator who called OSHA “another out of control agency which needs to be stopped.”

The new standards took effect in July 2015 when OSHA announced them. They would have restricted the abilities of farmers to tools such as anhydrous ammonia. The new policy would have required facilities that store or transport 10,000 pounds or more of anhydrous ammonia to obtain Process Safety Management Standard document. If the facility was unable to get the documentation, it would have been forced to purchase new storage tanks costing $70,000 or more.