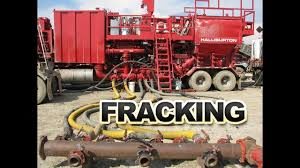 Regulators in Montana turned back the push by the environmentalists, health advocates and even some landowners. The move was made by the Montana Oil and Gas Conservation Board. Its members were unanimous in striking down a petition that would have forced oil and gas companies to disclose details on the chemicals or justify withholding the information.

The action leaves in place a 2011 law that allows the energy companies to conceal the ingredients of chemicals that are considered trade secrets. The vote was taken after a coalition of landowners, environmentalists and advocates filed a petition in July to beef up the disclosure rule.  The group members contended the existing state rule was a violation of the rights of the public to know about the chemicals that threaten their health.

“I worry about what may be happening to our land and the pollution that might be left behind when all this oil has been extracted,” said one public health official who attended the board meeting.