L’Oreal Expanding its Solar Power Projects in Arkansas and Kentucky 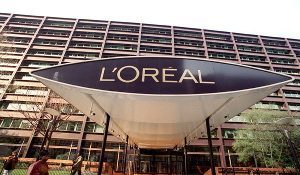 The company calls it a move to help cut carbon emissions and also create two of the largest solar-powered projects in each state.

The company described the North Little Rock project as the third-largest commercial array in Arkansas while the one in Kentucky will be that state’s largest.

With the projects, L’Oreal USA said it will have reduced its carbon dioxide emissions by 80 percent from 101,634 metric tons in 2005 to a projected 20,059 this year. The projects also mean the company’s five manufacturing plants in the United States will rely entirely on renewable electricity, L’Oreal said. The company will have 16 solar installations across the country with the addition of the two new ones.

Both projects are being developed by Little Rock-based Scenic Hill Solar. L’Oreal will own the solar panels and Scenic Hill will operate and maintain them, said Scenic Hill Chief Executive Officer Bill Halter. Halter, who is also Arkansas’ former lieutenant governor, said the two arrays combined will produce about $7.5 million worth of electricity over the next 30 years, and described them as models for other manufacturers.

The panels will produce 10 percent of the electricity of each facility, with the remaining power coming from local hydroelectric plants. The 1.5 megawatt Kentucky array will be installed on the roof of the 687,000-square-foot plant, while the 1.2 megawatt Arkansas array will be constructed on eight acres adjacent to the 446,691-square-foot facility. L’Oreal said the projected carbon emissions reduction from the Kentucky array will be equivalent to eliminating more than 2.8 million miles traveled by passenger cars per year. In Arkansas, it will be equivalent of a 3.2 million mile reduction per year.