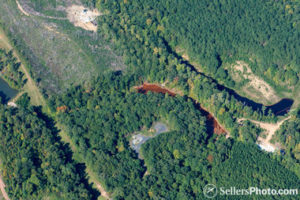 Oklahoma has not experienced any fuel shortages from a Southeast gasoline pipeline leak but several other states have.

Colonial Pipeline says it might restart its Line 1 this week but the delay will continue causing some gas station outages and prices increases for a few more days.

An estimated 336,000 gallons of gasoline spilled in the leak that happened in Shelby County, Alabama and as a result, a major part of the nation’s gasoline distribution system was closed for more than a week. Crews have been building a temporary bypass line around the leaking segment of pipe.

“We anticipate being able to restart the line through the bypass this week,” said Don Pozin, public information officer at Colonial. “There’s a lot of factors that can go into restart time, but our projections suggest that it will be this week.”

He said a more precise timetable depends on the weather and other things that are outside the control of the company. The bypass could be 500 to 700 feet long and allow workers to avoid hazardous fumes around the site of the leak.

The leak resulted in a spike in gasoline prices and one analyst for GasBuddy said prices continued going up a tenth of a cent every hour.  Prices went up almost 12 cents in Georgia and 7 cents in North Carolina and South Carolina.