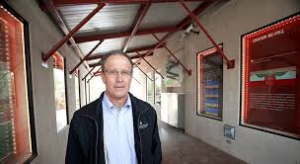 The Bakken is better than ever. It’s what Jack Stark, president and COO of Oklahoma City’s Continental Resources recently told the North Dakota Petroleum council Annual Meeting. And his company will be there for years to come.

There’s a good reason why Continental will be busier than ever in the Bakken. Nearly two-thirds of he company’s total production comes from the Williston Basin, according to a report in The Bakken magazine.

It was Continental Resources founder Harold Hamm who had the idea of venturing into North Dakota. He managed to keep his investments secret from other exploration firms but using the name of a subsidiary to make expansive acquisitions in the state.

But Stark says while Continental has long-term plans for North Dakota and Montana, the company believes the best and most economical play in the country right now is the STACK play of Oklahoma.