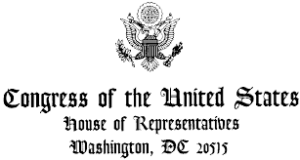 Nearly 60 Republican members of the U.S. House including three from Oklahoma, have asked U.S. Interior Secretary Sally Jewell to dump those new methane emissions standards because they contend they are a “solution in search of a problem.”

Representatives Jim Bridenstine, Markwayne Mullin and Frank Lucas are among the 57 who signed a letter sent this week to Jewell and called her agency’s new rules overly burdensome for energy companies.

“Rather, many of the Department’s regulations penalize and discourage entrepreneurship, overstep state jurisdiction, and drive up costs for developing energy resources on federal lands,” stated the Representatives in their letter. “The net effect of these burdensome rules is to make energy development on federal lands cost prohibitive and ultimately to penalize the citizens and economies of many states whose lands remain largely in federal control.”

“We are concerned that the BLM has rushed forward to finalize new methane emissions measures as a solution in search of a problem,” argued the Representatives. “This rule oversteps BLM’s regulatory jurisdiction, and completely fails to address crucial failures by the BLM to capture methane emissions through common sense methods such as timely right-of-way permitting.”

The letter also charged that the methane rule adds another layer of duplicative “federal regulation on top of already existing federal and state regulations.”