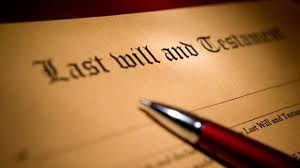 With nearly $500 million in debts, the estate of the late Oklahoma City energy mogul Aubrey McClendon is the focus of a legal move before the Oklahoma State Supreme.

The Wilmington Trust wants oversight of the estate transactions and has gone to the supreme court for help, according to the Journal Record. In a filing with the court, the trust says because the estate owes nearly half a billion dollars in unsecured debt, it should have authority and the power to review any sale worth more than $1 million, including McClendon’s oil and gas properties, real estate and even his interest in the Oklahoma City Thunder NBA team.

As the Journal Record reported, trust attorney Arthur Hoge explained in a motion with the court, “Wilmington is concerned such assets could be disposed of by the personal representative with no information concerning the sales provided to Wilmington, with no opportunity to object to the same and with no court oversight.”

The trust is challenging a ruling by Oklahoma County Associate District Judge Richard Kirby in which he allowed the estate to buy and sell assets without judicial authorization.

The estate is putting up a fight as representative Tom Blalock contended in his Supreme court filing.