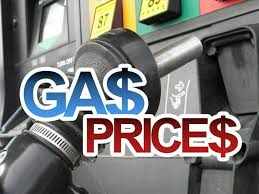 As a record number of Oklahomans and others will travel for the upcoming July 4th holiday, gasoline prices in the state are holding steady with a statewide average of $2.09 a gallon.

AAA Oklahoma says prices in the past five weeks in Oklahoma have been in the range of $2.07 to $2.16.

“Oklahoma’s gas rice average is 48 cents below where it was a year ago on this date,” said Chuck Mai, a spokesman for AAA Oklahoma. “So, it’s no surprise many of us are anxious to take advantage of these lower pump prices and head out of town when perhaps last year we didn’t.”

An estimated 558,400 Oklahoma will travel over the long holiday period and 86 percent will go by car or truck. The cheapest gasoline in the state is in Bartlesville where the average is $1.94, a drop of two cents a gallon in the past week. Prices in Muskogee average $1.97. They are the only two cities in the state with averages less than $2 a gallon.

The national average is $2.31 a gallon, three cents cheaper than one week ago.