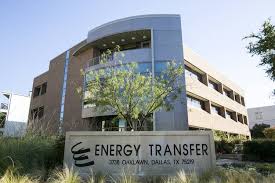 By an overwhelming vote, shareholders of Tulsa-based Williams Companies voted Monday to continue a merger with Energy Transfer Equity of Dallas, even after ETE won a Delaware judge’s ruling last week allowing it to bail out of the $38 billion deal announced last fall.

Nearly 79 percent of the 750 million outstanding shares eligible for the vote were represented in Monday’s vote and 80% of the shares supported the deal with ETE. The voting took only about 10 minutes at the headquarters of Williams Cos. in downtown Tulsa.

As part of the movement, the holders of an estimated 62 percent of the company’s shares were in support of the deal that would pay them $43.50 in cash per share, according to the announcement by company Chairman Frank MacInnis.

The cash deal for the shareholders is also why Energy Transfer and founder Kelcy Warren has fought to back out of the deal, according to a report in the Tulsa World. The paper quoted one financial analyst as stating ETE was financially strapped and obviously concerned about the $43.50 all cash offer.

However, a Delaware judge’s ruling last Friday might have saved the day for ETE, allowing it to back out of the deal and keeping Williams Cos. in Tulsa. When the merger was initially announced, ETE indicated most of the Williams Cos. workers would remain in Tulsa. Months later, it admitted it had plans to move most workers to the Dallas headquarters, an announcement that caused great concern among Tulsa city leaders including Mayor Dewey Bartlett and officials at the Tulsa Chamber of Commerce.

But as the one analyst told the Tulsa World on Monday, “It’s a moot point.”