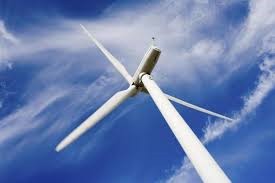 The wind industry was under attack again as it was blasted by Oklahoma Secretary of Finance Preston Doerflinger due to last month’s 13 percent decline in General Revenue Fund collections as a result of tax rebate and incentive payments to participating businesses, according to an Associated Press report issued on Tuesday.

Doerflinger indicated that $3.3 million in tax subsidy payments were provided last month in accordance with an existing program allowing wind power producers to receive payments from the state.

“The state paid more to wind companies in May than the general fund netted from all other corporate income taxpayers combined,” said Doerflinger in a statement. “How messed up is that?”

State legislators created the wind industry incentives as a way to attract new businesses to the state over a decade ago; however, the state is now overwhelmed with the number of tax subsidies and amounts paid under them.

Doerflinger said the zero-emission tax credit is now projected to cost the state more than $900 million over the next 15 years, according to the Associated Press report.

“The incentives for wind energy development were needed when the industry was starting out and they worked, with great benefit for the state,” said Jeff Clark, executive director of The Wind Coalition. “We’re building a diverse, cleaner, cheaper, modern power generation fleet, and Oklahoma is perfectly positioned to lead and prosper from it. That is unless Secretary Doerflinger and a small group of anti-wind activists succeed in driving wind development out of the state.”