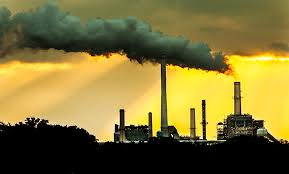 Oklahoma Gov. Mary Fallin and State Attorney General Scott Pruitt have not commented about a U.S. Supreme Court decision this week to review the D.C. Circuit’s decision not to vacate the EPA’s air quality rule challenged by Oklahoma and nearly two dozen other states.

Oklahoma was among 25 states and state agencies that filed suit asking the high court to find that the D.C. Circuit should have vacated the Mercury and Air Toxics Standards rule during a cost review carried out by the Environmental Protection Agency. The suit was a bid by the states to order federal officials to stop enforcement of the four-year old rule.

“We’ll pass on commenting,” said Michael McNutt, the governor’s spokesman in an email response to a request made by OK Energy Today for a comment.

Requests for a comment from Attorney General Scott Pruitt have gone unanswered.

The EPA rule was temporarily stopped by the Court a year ago and returned to the D.C. Circuit for a review. The rule requires electricity-generating power plans to install technology to control pollution from mercury and other harmful materials. States had argued the EPA failed to consider costs in creating the rule.

The States contended power plants already had to spend billions of dollars to comply with the rule and wanted the courts to block the rule until the EPA provided findings that took costs into account in determining the regulation was appropriate and necessary.

The EPA contended it had already spent a great deal of money gathering information for creation of a rule it considered to be critical to protecting public health and safety from the plants’ air pollution. the D.C. Circuit sided with the Agency and let the rule stand.