Rain and Storms in the Forecast for the Week 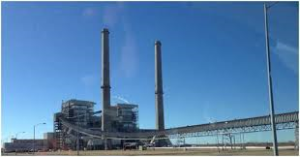 The Oklahoma Supreme Court now must decide if it will grant an appeal by the Sierra Club of the State Corporation Commission decision allowing Oklahoma Gas and Electric to pass along a $500 million rate hike to save an old coal-fired power plant.

The Sierra Club filed an appeal late last week accusing the Corporation Commission of failing to include the consumer protections that were recommended by the Commission’s own outside expert, Dr. Craig Roach.

“Dr. Roach asked the commission to include consumer protections from future rate increases if the Sooner plant fails to operate as the utility is predicting or requires additional upgrade costs to comply with modern standards,” stated the Sierra Club. “Because the Commission disregarded that advice, consumers are at risk for paying all those costs, whereas the utility and its wealthy shareholders will bear none of that cost.”

At question is whether pollution scrubbers to be installed at the Sooner coal plant near Red Rock will be all that effective.

“If the decision stands, families, small businesses and churches in much of Oklahoma can expect large rate increases to their monthly electric bills,” charged the Club. The 35-year old power plant was idled for the past six months under orders of the Southwest Power Pool.

“Why are we sinking this kind of money into coal plants that need fuel from Wyoming, when we have abundant clean resources in our very own state?” asked Johnson Bridgwater, Director of the Oklahoma Sierra Club. “Half a billion dollars passed on to Oklahoma ratepayers is a travesty, as groups like AARP have clearly stated—especially knowing coal is not the most cost-effective option, nor is it the right option to protect Oklahoma’s environment.,”