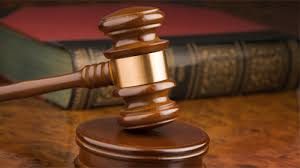 Oklahoma producers on Monday fired back at environmental groups in a legal tussle in the U.S. District Court for the Western District of Oklahoma, asking for dismissal of a lawsuit over alleged oil and natural gas injection well-induced earthquakes in the state.

At issue is a lawsuit filed by the Sierra Club (Sierra Club v. Chesapeake Operating LLC, et al.) against four producers to get court-ordered production waste cutbacks as a means of preventing future earthquakes.

Companies like Devon Energy argued that there is no reason to ask the federal court to order drilling operation cutbacks when the Oklahoma Corporation Commission (OCC), which already regulates the industry, is on the job and addressing the problem.

While the state regulatory body and its authority are at the center of this lawsuit, Sierra Club attorneys argue the state regulators are “too intertwined” with the oil and gas industry and, thus, the federal court involvement is needed to fully address the problem.

“The relief [Sierra Club] demands would throw a wrench into the process with no corresponding benefit, since only four of hundreds of saltwater disposal well operators are singled out [in the filing],” said Devon’s court filing, contending the OCC has taken the seismic issue very seriously “by vetting each of the named defendants’ disposal wells.”

The lawsuit would bring the federal court into territory that is expressly reserved to the state as part of what Devon’s filing for dismissal called the OCC’s “comprehensive regulatory process for wastewater injection permits,” noting the state regulators have the primary role under the federal Safe Drinking Water Act (SDWA). Last month, the OCC ordered more than 400 wastewater injection wells targeting the Arbuckle Formation to reduce their disposal volumes by 40% below 2014 levels over the next two months.

“The Sierra Club pretends that increased seismicity is an overlooked byproduct left unaddressed by Oklahoma authorities, and so asks the court to order Devon and three other producers to reduce immediately and substantially the amount of production wastes they are injecting into saltwater disposal wells to levels that seismologists believe will not cause or contribute to increased earthquake frequency and severity,” Devon said in its court filing for dismissal.

Along with Chesapeake and Devon, New Dominion LLC and SandRidge Energy Inc. are named as defendants in the case.

The ongoing legal battle comes at a time when U.S. Geological Survey (USGS) researchers have said that Oklahoma is one of six states at greatest risk for human-induced seismic activity. In both Oklahoma and Texas, there have been numerous instances of modest quake activity blamed on drilling waste injection wells, sparking the USGS interest in recent years.

Sierra Club attorneys used the Resource Conservation and Recovery Act (RCRA) as the basis for their lawsuit, but the oil and gas operators’ filings countered that wastewater disposal falls under the SDWA jurisdiction as part of the underground injection well permitting process.

RCRA is supposed to be focused on allegations of pollution and contamination, and the Sierra Club lawsuit makes no accusations against the operators in that regard, their attorneys said.

Devon and the other defendant companies in the case also point out that they collectively only account for part of the wastewater injection activity in Oklahoma, and the lawsuit does not include any of those hundreds of other operators.

Late last year, OCC prepared another round actions for halting or curtailing wastewater disposal well operations, following a 4.7-magnitude earthquake — the second of such magnitude in less than two weeks and tied for third-strongest in state history — that struck north-central Oklahoma. So far, the largest earthquake located near several active injection wells registered a 5.6 reading in 2011 near Prague, Oklahoma.