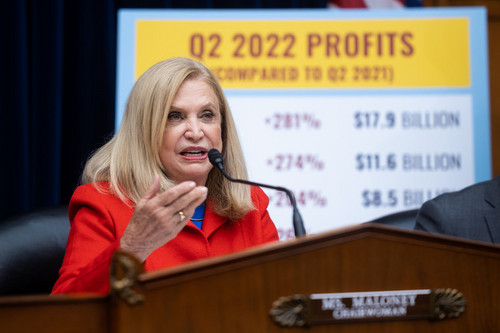 A Democratic House Committee investigation of major oil and gas companies in the U.S. released its report on Friday damning major firms for pledging to be part of the national green energy effort but doing otherwise.

The report was released by the House Oversight and Reform Committee and concluded fossil fuel companies lied about becoming low-emission firms and instead “are devoted to a long-term fossil fuel future.”

The committee, led by New York Democrat U.S. Rep. Carolyn Maloney, declared, “Oil and gas companies have tried to create the impression that they are taking ambitious steps to reduce emissions—without actually doing so.”

The report charged that “rather than outright deny global warming, the fossil fuel industry has “greenwashed” its record through deceptive advertising and climate pledges—without meaningfully reducing emissions.