$600 million in notes to be redeemed by Halliburton A large segment of Oklahoma remained under an extensive drought as of late last week, until more rains fell over the weekend.

Rainfall was reported in the northwest on Saturday then heavy rains moved into central Oklahoma on Sunday, with more than 2 inches recorded in the Oklahoma City area. 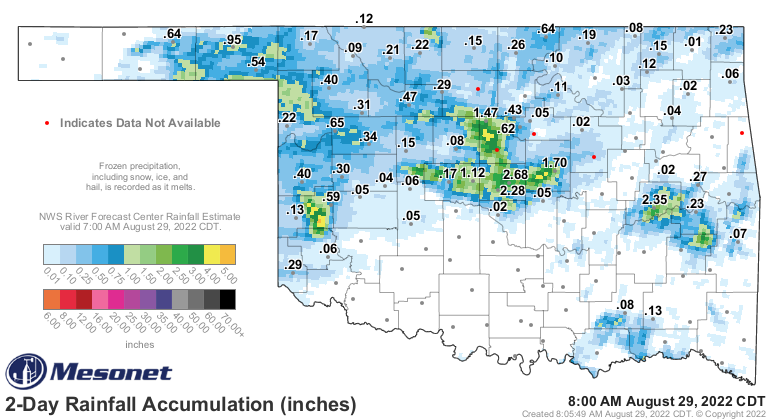 However, the relief might be too late for some of the fall crops that already suffered extensive damage from the lack of rainfall.