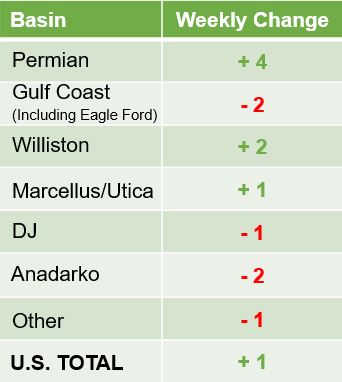 While the latest Enverus rig count showed a nationwide increase of 15 oil and gas rigs, it also revealed two Oklahoma City-based companies were among the most active in the Appalachian Basin.

Appalachia also notched a four-rig increase to 58 during the last week. Most active in the basin were Chesapeake Energy, EQT Corp. and Tug Hill Operating with five rigs each. Ascent Resources came in fourth with four rigs. Five Appalachian operators were running three rigs apiece.

That count is up 1% in the last month and up 46% YOY. All numbers discussed are weekly peaks to avoid the sometimes wide variability of daily numbers.