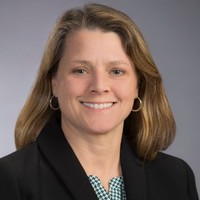 She was the company’s Senior Vice President and COO and left the company immediately, according to an SEC filing made by Laredo.

The company stated that “Dr. Chandler’s departure was not the result of any disagreement with the Company on any matter relating to the Company’s operations, policies or practices.”

Laredo also said it does not intend to fill the COO role and Dr. Chandler’s responsibilities will be absorbed  by other members of the firm’s management team.

In the SEC filing, Laredo made it clear that Chandler will receive certain payments and benefits pursuant the company’s Executive Severance Plan. The company stated the payments and benefits will be made “provided she signs and subsequently does not revoke a Confidentiality, Non-Disparagement and Non-Solicitation Agreement.

Chandler joined Laredo Petroleum in 2012 at its Midland, Texas operations. By October 2016, she was named Vice President of Operations and in October 2018 was named Senior VP and COO.