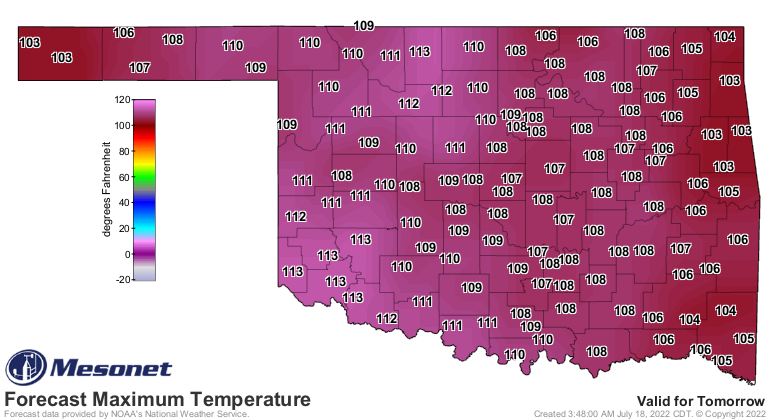 Brace for really brutal hot, hot weather this week in Oklahoma. Western Oklahoma could see, or is it feel?, temperatures of 115 degrees.

Oklahoma Climatologist Gary McManus says a 115-degree reading would  be the highest readings in the state since 2011 and 2012.

“Highs across western Oklahoma will be pushing that 115 barrier, which would put it up there with the highest temperatures ever recorded by the Mesonet. And Wednesday is no slouch either, but Tuesday in particular looks brutal,” wrote McManus in a Monday Mesonet update. 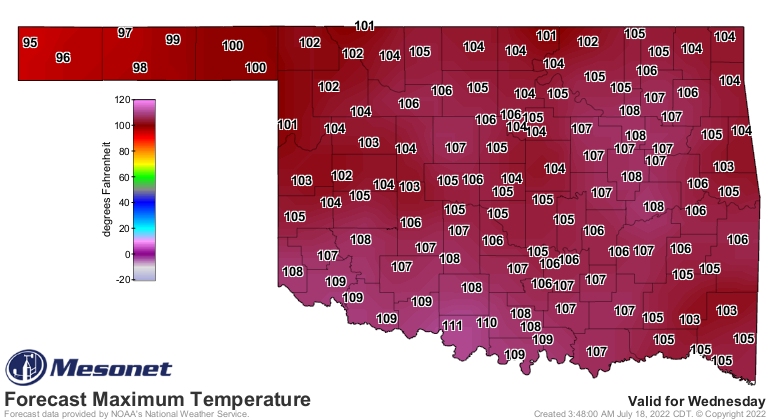 Tuesday’s high temperatures have almost all of Oklahoma under an “excessive heat warning” as heat index values will also be in the range of feeling like 110 to 115 degrees.