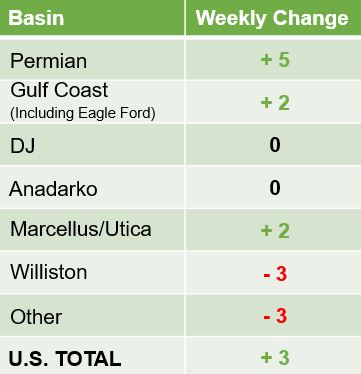 The U.S. rig count rose by three in the last week to 820 as of June 15, according to Enverus Foundations data.

The data indicated no change in the number of rigs in the Anadarko Basin.

The national count is up 1% in the last month and up 58% in the last year. The largest week-over-week change was in the Williston Basin, where a decline of three rigs brought the total to 37.