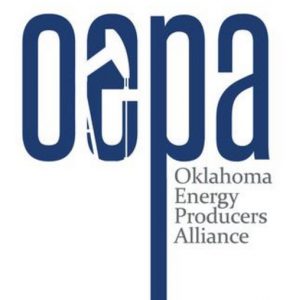 The House approved HB 3568 on a 70-6 vote last Thursday followed by State Senate approval on a 43-0 vote on Friday and the measure was sent immediately to the governor.

The Oklahoma Energy Producers Alliance lobbied for the measure starting last fall as some of its members met with Sen. Zack Taylor of Seminole. David Guest, the Legislative Chair at the OEPA described the incentives as “a priority by OEPA” for the 2022 regular session of the legislature.

The incentives in the measure included:

* New enhanced recovery projects, start date after 07-01-2022, shall be exempt from gross production tax for working interest owners. The incentive runs for 5 years, with a cap of $15 million dollars per year. No entity may claim more than 20% of the GPT exemption. OEPA was adamant for the 20% limit so that no large company could claim the majority of the total incentive.
* Economically At-Risk oil or gas lease. Any oil or gas lease with one or more producing wells with an average production volume per well of ten (10) barrels of oil or sixty (60) MCF or less of natural gas per day operated at a net loss or at a net profit which is less than the total gross production tax remitted for such lease during the previous calendar year when oil is less than $50.00 per barrel monthly average, and gas gross value is less than $3 .50 per MMBtu, shall be exempt from 4/5 of the levied GPT. This incentive has a $10 million per year cap.
Additional provisions of the bill not drafted by OEPA but endorsed by our organization are:
* Recycled Water. Oil and gas from wells drilled but not completed as of July 1, 2021, which are completed with the use of recycled water on or after July 1, 2022, shall be exempt from GPT levied from the date of first sales for a period of twenty-four (24) months.
* Oklahoma Emission Reduction Technology Incentive Act. “The Legislature hereby finds that the reduction of emissions from upstream and midstream oil and gas production, exploration, completions, gatherings, storage, processing, and transmission activities serves the interests of the citizens of Oklahoma and such emission reduction activities with new and innovative technologies should be encouraged and incentivized.”