16 counties in Oklahoma have gasoline prices higher than $4 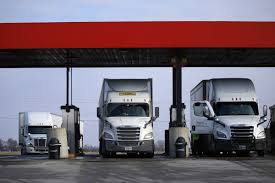 While diesel fuel prices across Oklahoma are still higher than $5 a gallon and the nationwide average is at $5.54, the Biden administration is now considering a move to use the federal diesel reserve to address energy shortfalls.

Oklahoma’s average diesel fuel price on Tuesday was $5.12, down 11 cents from a week ago, but still out of sight from the $2.93 paid one year earlier in the state. The national average on Tuesday had slipped 3 cents in the past week while a year ago, the U.S. average was $3.17 per gallon.

CNN first reported this week the White House might make an emergency declaration to allow President Biden to release diesel from a stockpile—another move to ease high fuel costs. Critics responded by calling it a band-aid on a problem, a band-aid that wouldn’t stick and would only fail to ease prices.

A report by The Hill suggested the diesel fuel stockpile “is likely too small to significantly reduce prices.” Biden attempted to do the same thing with the U.S. Strategic Petroleum Reserve in a bid to lower the price of gasoline at the pumps.