Big economic impact from one of Oklahoma’s smallest state agencies

Oklahoma Auditor Cindy Byrd makes the case that one of the smallest state agencies receives only a few million dollars in state appropriations yet had an economic impact into the billions of dollars in the state.

Writing in her monthly update, Byrd’s Eye View, the auditor pointed to the Oklahoma Aeronautics Commission.

“Other than a $2 million appropriation for FY22, it’s been decades since OAC has received appropriated funds for its annual budget,” said Byrd. 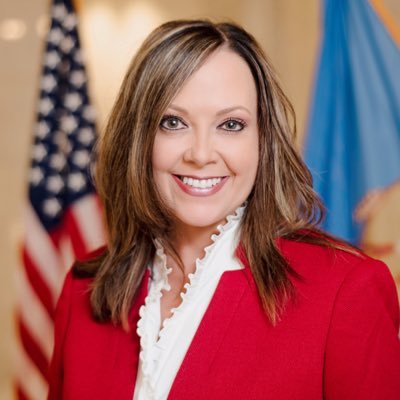 She explained that according to a 2017 report, the OAC covers an industry where 74,000 are employed at airport operations with an annual payroll of $3.644 billion. Combined with $7 billion in spending the industry has an annual economic activity of nearly $11 billion.

Throw in more than $19 billion from the military air bases in the state.

Airport Jobs
The 2017 report points to airports employing more than 74,000 people
generating $3.644 billion in total annual payroll. When payroll is added to
the almost $7 billion in spending, the aeronautics industry reports total
annual economic activity greater than $10.6 billion.
Keep in mind, these figures don’t include the military component, offairport aviation/aerospace jobs, and jobs gaining efficiency from aviation.
Military Jobs
Not surprisingly, the
economic impact of the
Oklahoma Army Air Guard,
and Vance, Tinker, and Altus
Air Force Bases is significant.
While Tinker remains the
state’s largest employer at
56,901 workers generating
$3.9 billion five years ago,
the combined impact of all
four military installations
provides about 70,000 jobs, annual payroll of almost $4.7 billion, and total
annual economic activity of nearly $19.3 billion.
Off-Airport Aviation/Aerospace Jobs
Oklahoma has more than 1100 aviation and aerospace companies and 870
are not located within the fence of an airport or military base.
These aviation/aerospace developers, maintainers, and suppliers fall into
two categories – Direct or Indirect/Induced – and are engaged in some
facet of the aviation or aerospace industry.
Together, the direct or
indirect/induced
companies employ about
59,000 workers and
generate annual payroll of
$3.4 billion while
spending about $10.5
billion. The total economic
activity for this part of the
industry totals $13.9
billion.
Public Investment in Airports
Other than a $2 million appropriation for FY22, it’s been d

Small agency. Small budget. Big fiscal impact. That’s the short description
of the Oklahoma Aeronautics Commission (OAC). The story of its history
and economic impact on communities both urban and rural is much longer.

Other than a $2 million appropriation for FY22, it’s been decades since OAC
has received appropriated funds for its annual budget.
The agency is largely funded through a 3.25% state excise tax on the sale
of new or used airplanes. Additional revenues come from federal grants,
aircraft registration fees, aviation fuel tax, license plates, and other
miscellaneous receipts.