Crude oil prices closed the week with another decline

Out of the “boneyards” to be rebuilt at Tinker AFB 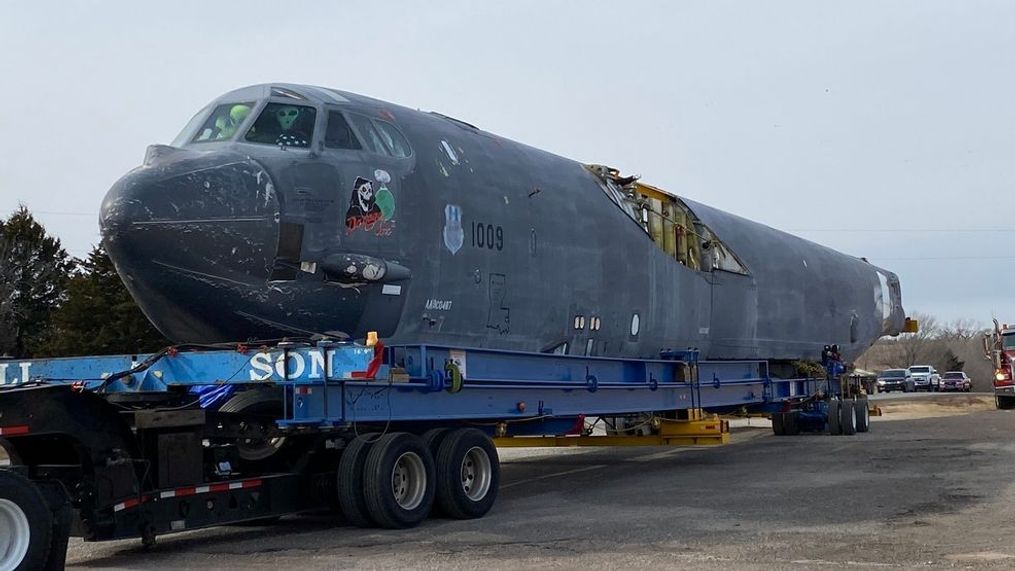 An old “boneyards” Boeing B-52 was expected to arrive over the weekend at Tinker Air Force Base in Oklahoma City where it will eventually serve as a test prototype for modernization efforts, including an upgrade in engines.

KOKH 25 TV reports the plane, named “Damage Inc. II” was shipped by truck from Davis-Montham Air Force Base in Arizona. The air base is the site of the Air Force’s “aircraft boneyards” where thousands of planes are stored in the dry desert.

The Boeing B-52 fuselage arrived in Oklahoma on Thursday.

The fuselage has been flying since 1955 and is known as “Damage Inc. II.” The vessel is currently making its way to the Boeing facility in Oklahoma City, where it will be assembled and serve as a test prototype for modernization efforts. The modernization of Boeing B-52 was contracted from the United States Air Force (USAF), which include letting Boeing upgrade the engines on the B-52.

The iconic aircraft began its journey at Davis-Montham Air Force Base in Tucson, AZ on Jan. 3, making its way through southern Arizona and New Mexico. The fuselage is scheduled to make its way through the southwest portion of Oklahoma before it will arrive in the OKC Metro area, where it is expected to arrive on Jan. 22.