Western Oklahoma had an eerie atmosphere on Wednesday as 70 mph winds raced across the region, stirring up massive clouds of dust, shooting tumbleweeds across the plains and highways and leaving residents huddled indoors for the large part.

A major wildfire broke out near Guymon and prompted evacuations in the area. Firefighters were still struggling with it on Thursday.

“That’ll about cover the wind, right? 935 wind gusts of 50 mph or greater, and 227 that were 58 mph or greater, which would classify as severe thunderstorm winds, were there thunderstorms,” wrote Gary McManus, State Climatologist with the Oklahoma Mesonet and the Oklahoma Climatological Survey.
“Topped out by Goodwell’s 79 mph gusts yesterday (Wednesday)
at 12:20 and 12:25 pm, which basically means that for about 10 minutes, their winds were probably in the 60-80 mph range without much letup. Remember, these are the maximum gusts we’re counting for each 5-minute period,” he continued in Thursday’s Mesonet update. 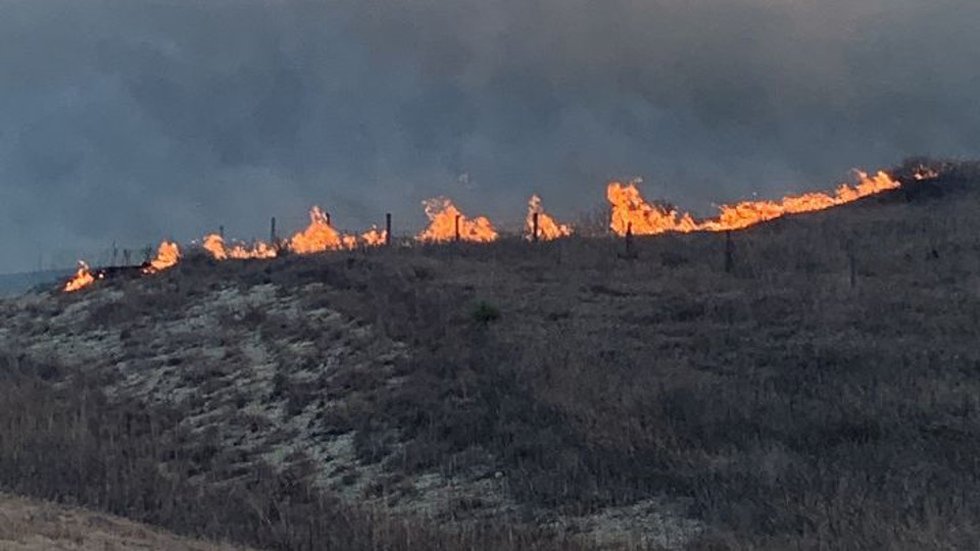 The same record-setting winds reached 100 mph in parts of central and western Kansas where wind-whipped fires raced firefighters across the prairie, destroying farm homes and outbuildings in Russell County, killing livestock and resulting in the evacuation of the small towns of Fairview, Waldo and Paradise.
KSN TV reported other wildfires in several other counties.