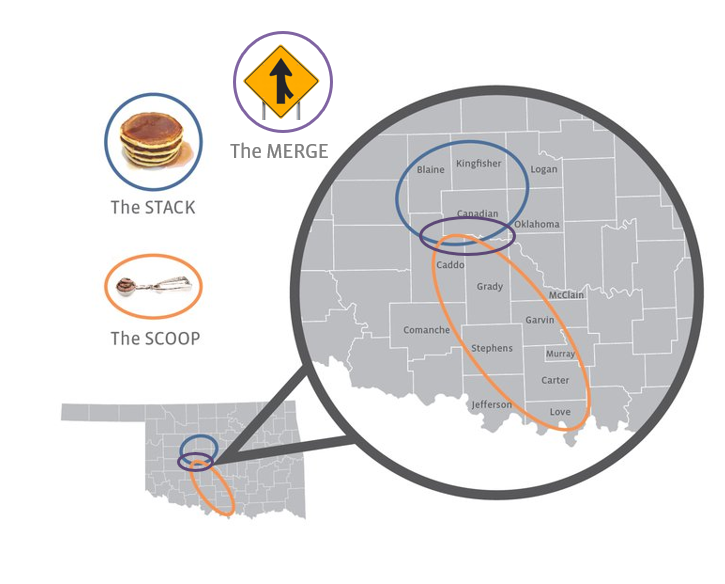 Oklahoma’s Canadian and Kingfisher Counties continue to see more completed wells along with new drilling planned for the region that is part of the STACK.

The Denver-based company had an April spud date with completion made July 25, 2021.

More drilling permits were issued this week including another Canadian County well, the WALTHER #3H-1-12, to be drilled at 01 10N 6W by Citizen Energy III LLC.

Ovintiv USA Inc. plans two more Kingfisher County wells, the KRETCHMAR 1507 #2H-2X and the KRETCHMAR 1507 #3H-2XLW, both to be located on a single pad at 35 16N 7W, a site just south of the city of Kingfisher. Ovintiv has brought in several large producing oil wells in the same area over the past 2 years.

Mewbourne Oil plans a western Oklahoma well in Ellis County. It received a permit for the GROSS 27/22 ND #2H, located at 27 18N 24W which is a site south of Arnett.

Prairie Gas Company of Oklahoma based in Tulsa has two permits to drill on a single pad at 16 14N 5E in Lincoln County. The HOGAN #1-16 HP and the NICKLAUS #1-17 HP will be drilled at a site southeast of the city of Chandler.