Drilling activity remains steady across Oklahoma and US 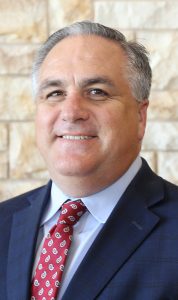 The Petroleum Alliance of Oklahoma has named Keith Beall as its senior vice president of government affairs and public policy. In his new role, Beall will lead The Alliance’s advocacy efforts on behalf of the state’s oil and natural gas industry at the state legislature and in Washington, D.C.

“Keith’s extensive experience in the highest levels of government make him a valuable addition to The Alliance staff,” Petroleum Alliance President Brook A. Simmons said. “Keith will play a key role in educating lawmakers on the importance of the oil and natural gas industry in Oklahoma and the vital role Alliance members serve as part of our state’s defining industry.”

Beall received his bachelor’s degree in economics from the University of Oklahoma.

“Oklahoma’s success lies heavily in the success of our state’s oil and natural gas industry,” Beall said. “I look forward to working work with state policymakers to ensure Oklahoma remains a premier destination for capital investment in the upstream, midstream and downstream sectors of the state’s energy industry.”