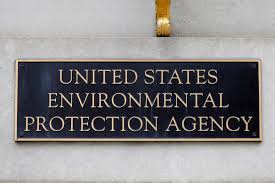 The agency in announcing the dates said the protections were meant to “sharply reduce pollution from the oil and natural gas industry–including, for the first time, methane reductions from existing sources nationwide.”

The proposed new Clean Air Act rule would lead to significant, cost-effective reductions in methane emissions and other health-harming air pollutants that endanger nearby communities.

Registration to speak at the hearing is now open. The hearing will be held via a virtual platform. To register to speak, or to watch a livestream of the hearing on both days, please visit https://www.epa.gov/controlling-air-pollution-oil-and-natural-gas-industry/public-hearing-epas-proposal-reduce-methane. For people who are not speaking but would like to watch the hearing, EPA will post a link to a livestream shortly before the hearing starts each day.

EPA also will accept comments on the proposal in writing until January 14, 2022. Comments the Agency receives in writing receive the same consideration as comments received at the public hearing.