It’s always interesting to see how the efforts of Oklahoma energy firms play out in North Dakota where they’re active in helping the state vie to be either the second or third largest oil-producing state in the U.S.

Here’s what she observed this week:

The Bakken continues to run neck and neck with New Mexico crude oil production, despite having far fewer rigs. North Dakota posted 34 rigs this week — up one — but New Mexico has a whopping 81 rigs going right now. That makes it seem like we should be much further behind than we are. But a Bakken rig, it happens, is twice as productive as a New Mexico rig , North Dakota Department of Minerals Director Lynn Helms said during November’s monthly oil report. That’s based on EIA data. There are a couple of factors at play there, Helms said. For one, the Permian is producing more water than the Bakken. For another, child wells in North Dakota seem to improve production of Bakken wells, while the opposite seems to be true in the Permian.

North Dakota’s production was up half a percent in September, bringing it to to 1.113 million barrels of oil per day. New Mexico is now at 1.12 million. Catching up to New Mexico 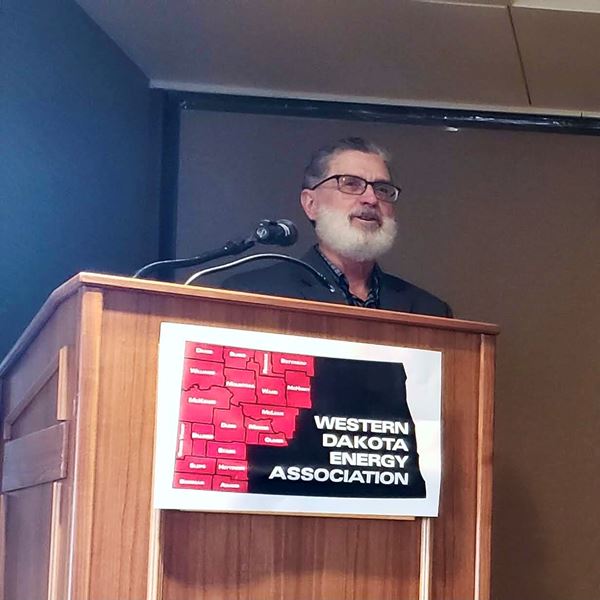 will mean around 50 rigs, Helms said. Whether that can happen is anyone’s guess at this point. Helms said what he’s hearing from Bakken operators suggests production growth next year could be double the 1 to 2 percent that it will be for the remainder of this year.

A limiting factor that looms, however, is gas infrastructure. The Bakken is maturing, and it’s getting more gassy as a result. This was an expected outcome, and has been talked about many times. There is some light at the interim end of this tunnel. ONEOK has recently announced it’s moving ahead with the Demick’s Lake 3 project, which was mothballed amid the downturn, and Bear Creek is supposed to come online this month. Those offer some incremental supply, North Dakota Pipeline Authority Justin Kringstad said. But we won’t likely see any significant additional incremental supply added until 2023.

ARPA GOODIES: One of the solutions to the Bakken’s gas pains could be a west to east pipeline that will carry natural gas. The project raised questions in the West, but the lack of better, more efficient transport for the state’s own natural gas has hampered economic development efforts in the past. The photo above shows likely salt cavern locations all lie in the West, which Helms told Western officials bodes well for future economic development here.

The west to east pipeline did ultimately win favor during the recent special session, where lawmakers decided how they will spend the state’s $1.1 billion in American Rescue Plan Act dollars. There are some goodies in the ARPA basket that will particularly benefit the West, including funding for roads and bridges, and money for a well conversion project to turn abandoned oil wells into livestock water wells. Area lawmakers have said, however, that they want to see the state commit some funding to economic diversification in the West. That’s critical if the West is to fully leverage lasting benefit from hosting the oil and gas industry for the state.