Oil shipments by rail on the increase in the US 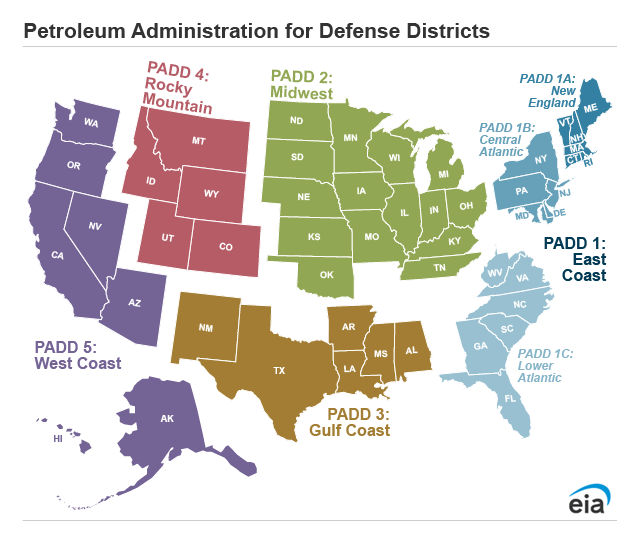 More crude oil is being shipped by rail across the United States in light of the Biden administration’s decision to kill the Keystone XL pipeline within hours after Biden took office in January.

New data from the U.S. Energy Information Administration shows most of the crude is shipped by rail across a district that includes Oklahoma and much of the Midwest.

As the map above shows, Oklahoma is part of what the EIA classifies as a PADD 2, or Petroleum Administration Defense District. Plenty of oil is shipped by rail in Oklahoma as anyone who drives I-44 in north Oklahoma City can testify after seeing oil tankers rumble through the city on a daily basis. In July 2021, which is the latest date from the EIA, PADD 2 received an estimated 16,000 barrels of crude oil a day shipped by rail.

PADD 5 which makes up the West Coast where crude is shipped to Pacific ocean ports, received 99,000 barrels a day.

Data from all PADDS showed the total amount of crude oil shipped by rail in the U.S. was 128,000 barrels a day.

The EIA, in releasing the new figures said crude oil movements by rail “have significantly increased over the past five years.”