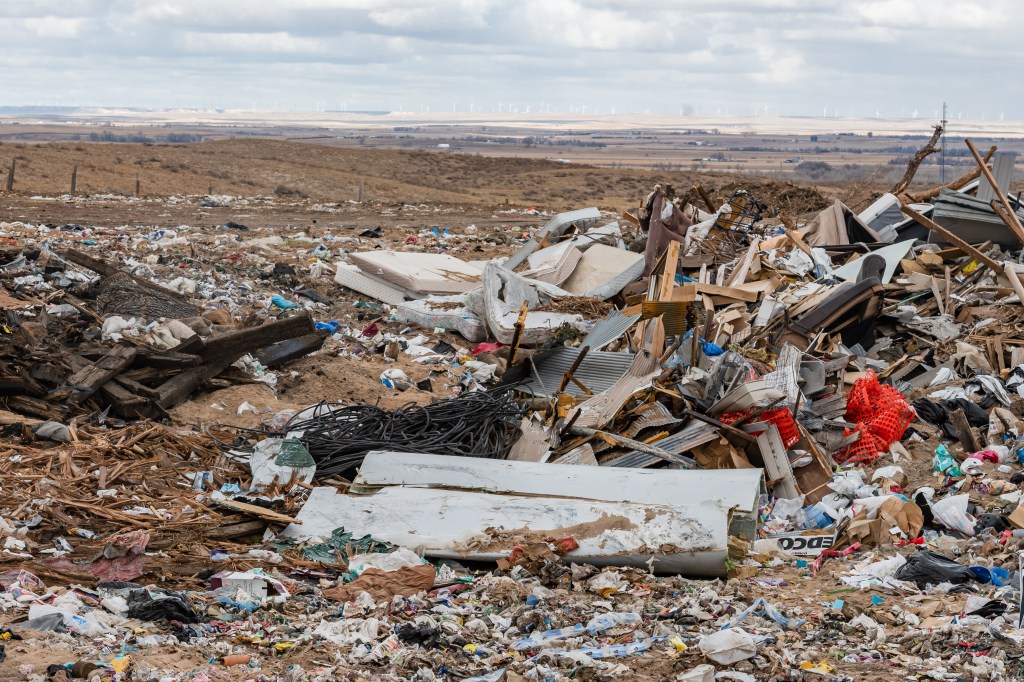 As the nation gets on board the rolling movement of renewable energy, it’s also clear Oklahoma U.S. Sen. Jim Inhofe has many reservations and questions about what to do with disposable pieces of wind energy production and electric car batteries.

He focused on its during a Wednesday Senate Environment and Public Works Committee hearing where witnesses were questioned about the importance of promoting what is labeled a “circular economy.”

In other words, recycling.

The following is a transcript of his questions about recycling issues stemming from EV and wind farm growth and development:

Inhofe: Thank you, Senator Carper and Senator Capito for your courtesy.

My first question references the article that I’ve already made part of the record by Andrew Wheeler, and it goes to Mr. Johnson. Mr. Johnson, I continue to be concerned about the challenges associated with recycling renewable technologies like solar panels and wind turbines. I’m reminded of a Bloomberg article from last year titled, ‘Wind Turbine Blades Can’t be Recycled, so They’re Piling Up in Landfills.’ Mr. Johnson, are you aware of any technologies that exist today that can reliably recycle solar panels or wind turbines, particularly the wind turbine blades?

Johnson: I know that’s a tongue-twister. Well, first, let me compliment Andy Wheeler, who was a phenomenal spokesperson for the recycling industry. He spoke at our meetings as well as many of our friends’ meetings. What a terrific advocate for that, as well as his public service announcements for getting the cardboard back during the COVID crisis. He deserved it.

Inhofe: He endured working for me for 14 years.

Johnson: I was going to get to that, but not quite the same way. But to your question, at this point, those are terrific challenges right now, we are not able to recycle those materials.

Inhofe: What’s out there? How optimistic are you that something is going to work?

Johnson: Well, as I mentioned, market demand. If there’s a market demand, my members figure out how to do it. We’re business people. If there’s a way we will figure it out. Right now, we haven’t quite figured it out. Let’s just say that.

Inhofe: Okay. The second question is also for Mr. Johnson. The electric vehicle batteries face similar recycling challenges. While conventional lead acid car batteries are highly recyclable, lithium ion batteries used for EV’s are very difficult to recycle. Mr. Johnson, are you concerned that if we don’t adequately plan for and prepare for the disposal of spent electric vehicle batteries, solar panels and wind turbines, that we’re potentially creating a new superfund site? Could you characterize it that way? Johnson: The definition of superfund site I might quibble with you, but yes, there is a very large concern with recycling electric vehicle batteries. I would first start with the safety issues. Even while fully discharged, they can be quite dangerous, and harm, if not kill, the people trying to remove them from the cars. After that, there’s a number of problems with the fact that the electric vehicle batteries right now. There’s four or five, six different chemistries that are not compatible with one another. It’s sort of the VHS, Betamax situation where we’re waiting for the standard to have one of those to sort of win out. In the meantime, for actually processing or recycling the batteries themselves, there’s a lot of investment going into it right now to try to take care of what’s coming in at this point. Cars usually last around 12 years on average. We’re starting to see some of these electric vehicles come into our facilities now. We’re trying to respond to that. There is a lot of investment going into it, but right now, we do not believe that we have the capacity to handle it. It’s going to have to ramp up very quickly, especially with the projections from the administration to try to get many more electrical vehicles on the road.

Inhofe: Okay, Mr. Johnson, I appreciate that very much that. You might separately send me a document as to where we quibble. Okay?

And thank you very much, I say, to the chairman and the ranking member for giving me this time.