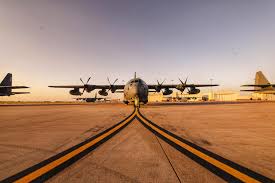 Work has started to test the water and soil to see where an underground contamination plume of PFAS chemicals migrated off Cannon Air Force Base in Eastern New Mexico.

Located 8 miles west of Clovis near the Texas Panhandle, the base is the source of the toxic chemicals used in firefighting foam in military training exercises.

The Albuquerque Journal reported work began this week to see how far the plume migrated from the base.