The Oklahoma Farm Bureau joined four fellow agriculture and mineral owner groups this week to announce the formation of the Royalty Owner Coalition of Oklahoma, a non-profit corporation to create a structured, consistent and strong voice for the interests of Oklahoma mineral owners.

It drew immediate support from Brook A. Simmons, President of the Petroleum Alliance of Oklahoma.

He said it’s clear that every part of the state’s defining industry should be focused on public policies to bring oil and natural gas investment to the state instead of driving it to other states.

“Oklahoma’s agriculture and petroleum industries face similar threats from the same elites who neither understand, nor appreciate, the men and women who produce the fuel, food and fiber to enable human progress. Welcome, ROCO.”

The coalition also plans to develop educational programs to inform its members, state elected officials, state legislators, administrative agencies and the public of the obligations and opportunities of mineral ownership in Oklahoma. 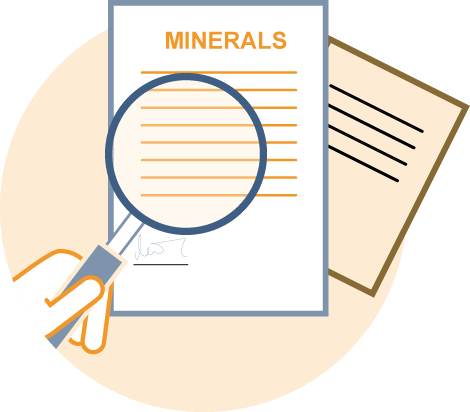 The founding member organizations created ROCO to fill the void in mineral and royalty owner advocacy following the dissolution of the Coalition of Surface and Mineral Owners and retirement of its executive director Terry Stowers.

“With my retirement, I was very pleased to see COSMO’s prior partners step up and decide to carry on our past 18 years of work for Oklahoma’s mineral owners by creating this stronger and sustainable organization,” Stowers said.

Below are statements of support from the founding member organizations.

“Oklahoma Farm Bureau is grateful for the dedication of our friend Terry Stowers who has worked tirelessly to advocate for the interests of small mineral owners for nearly two decades. We’re proud to continue partnering with our fellow agriculture and mineral owner groups to carry on the important work of standing up for the rights of our individual and family mineral owners,” said Rodd Moesel, Oklahoma Farm Bureau president.

“Terry Stowers has served as a strong advocate for Oklahoma’s small mineral owners for many years and AFR is honored to take an active role in continuing his important work. We are pleased to partner with other like-minded agriculture and mineral owner groups as we continue Stowers’ efforts through the newly-formed Royalty Owner Coalition of Oklahoma,” said Scott Blubaugh, American Farmers and Ranchers president.

“This coalition solidifies a perpetual voice for Oklahoma mineral and royalty owners in advancing oil & gas production in Oklahoma. OK-NARO is pleased to serve alongside the other members of ROCO in upholding mineral owner advocacy and is exceptionally thankful for the time, effort, and unmatched dedication that Terry Stowers has given to our state’s mineral and royalty owners,” said Jared Boehs, OK-NARO president.

“OCA is pleased to continue working with our land and mineral owner partners in this new venture. Terry’s leadership has established a strong foundation that we can and should continue to build upon for years to come. Oklahoma beef cattle ranchers are better off for the great work that has been done and will continue to be secure in the future with positive and active coalitions like ROCO,” said Michael Kelsey, Oklahoma Cattlemen’s Association executive vice president.