Next step taken for liquid fuels plant in Arkansas 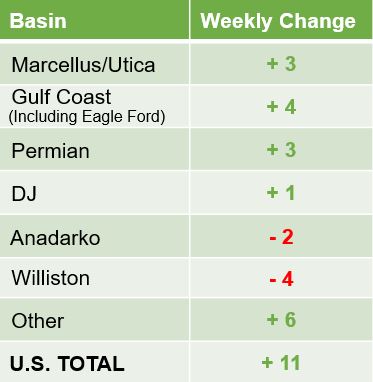 After leading the shale plays and other oil and gas drilling regions last week, the Anadarko Basin suffered losses in rig numbers this week according to the latest report from Enverus Rig Analytics.

The most notable increases week-over-week occurred in the Gulf Coast (plus four to 76), Permian (plus three to 239) and Appalachia (plus three to 45).

In the last month, the largest increases were in the Gulf Coast and Permian where five rigs were added in each. On Sept. 12, the U.S. count hit a 2021 high of 626.