Wyoming to be site of Williams and Orsted cooperative energy venture

More wells in the STACK and SCOOP 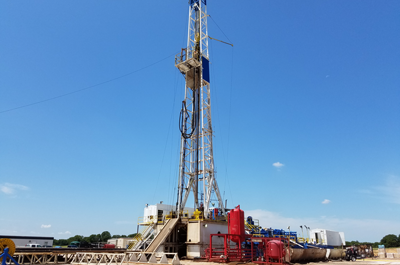 A couple of significant oil-producing wells were revealed this week with the filing of completion reports in Oklahoma.

Comanche Exploration Co. LLC, based in Oklahoma City reported completion in July of the Lou Ann 12-1h well in Dewey County that had production of 573 barrels of oil a day and 6,502 Mcf of natural gas. The company has dedicated most of its drilling effort in the STACK over the past 8 years with more than 60 horizontal wells in the play.

Located at 12 18N 15W, a site several miles southeast of Seiling, the Lou Ann had a depth of 14,801 feet in the Mississippian with a spud date originally in April 2019. Drilling finished in May of that year but completion wasn’t made until July 12 of this year.

Ovintiv Mid-Continent Inc. filed another late completion report on a well that was reportedly completed in January 2020 with production of 1,502 barrels of oil a day and 2,379 Mcf of natural gas.