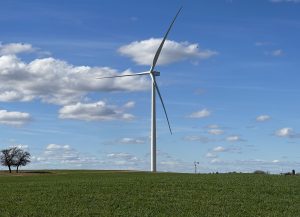 “PSO customers expect clean, renewable energy to be a growing part of our energy portfolio, and we are listening,” said Peggy Simmons, PSO president and chief operating officer. “Wind generation has zero fuel costs. That savings and federal incentives offset the cost of the facilities. That means an anticipated net long-term savings of more than $1 billion for our customers over the expected 30-year life of the facilities.”

“Wind energy is clean and sustainable. These projects will help Oklahoma’s economic development future and save our customers’ money,” Simmons said.

In addition to Sundance and Maverick, PSO’s diverse energy resource mix currently includes more than 1,100 MW of wind energy under power purchase agreements with facilities in Oklahoma.  Along with wind, solar and natural gas are the other key components that will help drive PSO’s clean energy future.