Fall’s here—first freeze not far off? 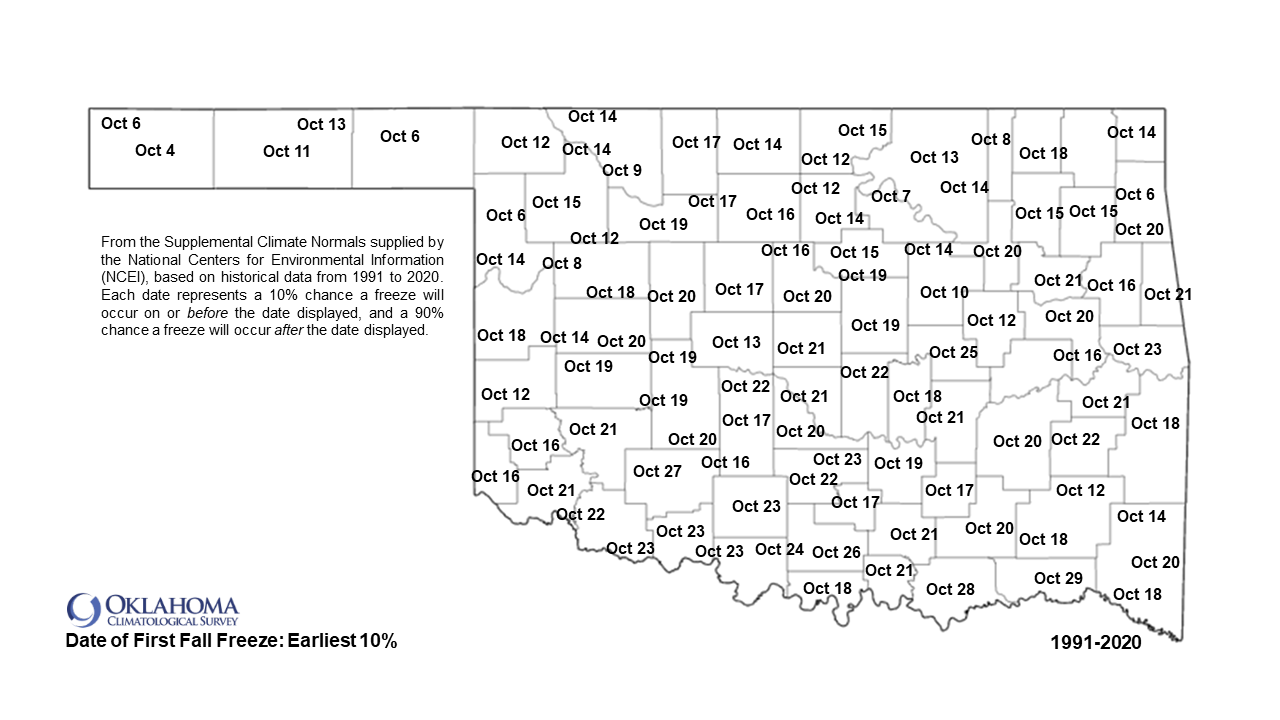 The first day of fall usually brings speculation about when the first freeze in Oklahoma might occur. Outdoor energy workers are no different, offering their views when there might be “frost on the pumpkins.”

Oklahoma Climatologist Gary McManus with the Oklahoma Mesonet joined the guessing game this week with his own version of when we might see a freeze. He even offered a 10% chance map with the dates as shown above.

“Obviously those dates are looking from a distance. When you get closer, like for the earliest 10% maps, maybe we can start to push those dates forward a bit given the current and expected weather pattern?” he wrote this week.
“So Boise City has a 10% chance of a freeze by October 4, but maybe a bit later this year? At any rate, we’re still a few weeks away for most of the state to see those freeze chances start to go up, but nothing would shock us this year.”
In other words, it’s anyone’s best guess, right?