The Anadarko Basin is busy with new drilling 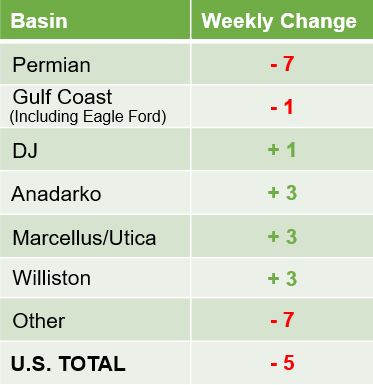 The weekly report by Austin-based Enverus Rig Analytics shows the U.S. rig count fell by five over the past week to 623 while rig activity is growing in the Anadarko Basin in Oklahoma.

Enverus reported the national count is still 4% higher over the past month and up 112% in the last year.

However, the Anadarko Basin has increased its rig count by eight, or 67%, over the last month to 54. Since the start of the year, activity levels in the basin are up 157%.

After running an average of five rigs since mid-May, Continental added its sixth at the end of August, reaching double the number it was running at the start of the year.

Marathon had been inactive in the region for five quarters when it activated a rig at the end of June. The company ramped to three in the final week of August.

Mewbourne increased its drilling activity to three rigs in early September after running two since early June and starting the year with one. Camino Natural Resources, Devon Energy and Ovintiv are each running two rigs.